A Battle for Identity By Deanne Kaye 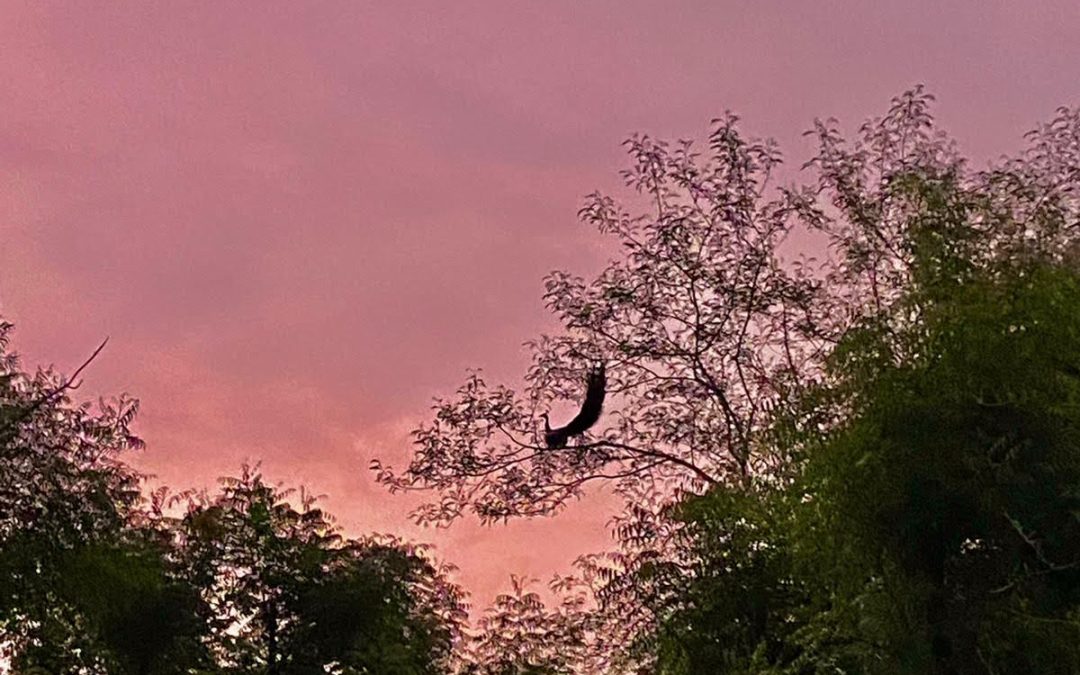 A Battle for Identity

For the majority of my life, I’ve asked questions about who I am.  Like others, I’ve had many different roles I’ve used to form my identity, such as with mother, wife, teacher, counselor, adventurer, researcher or loner.  It’s so common that we use our external world to define who we are, which makes these roles all the more painful to let go of when we lose them. Years of exploration had me convinced that uncovering the causes of pain and then letting them go in a spirit of acceptance and release, I would eventually be “clean” enough to have God give me an identity with a calm, empty mind and enlightened demeanor.  I was able to achieve extended periods of time where my mind felt clear and my identity was free from pain.  But sooner or later, times of uncertainty, drama and heartache inevitably would reappear and again make me question who I am and what more I needed to let go of.  The cycle never seemed to have an end and I grew weary of it, especially when I relied only on myself.  So, when the time of turning to another power greater than myself presented itself, I was led to Jesus.  Never thought this was the direction I was to take for changing my perspective on my identity!  The cycles I had before still continue to some extent, but with some differences as well.

Having been on the Christian path just a short time, I no doubt have much to understand, but I can say with certainty that things have changed.  For one thing, Christianity involves being filled with the presence of God.  It’s not about emptying ourselves.  We are accepted just as we are and don’t have to perform, achieve or win trophies to be valued and loved.  Plus, we aren’t to punish ourselves for sin like what seems to be a basis in religions like Catholicism.  I was introduced to this truth during the night of my encounter with the Holy Spirit, which had me in a bliss of joy and love for about 20 hours.  I wrote about this experience in my article, More Healing and Freedom Received.  This experience has since dissipated yet I get visitations of it in varying degrees from time to time either in worship, prayer or even doing everyday mundane things.

I have also been told that by accepting Jesus, I am given a new identity and even new DNA for manifesting love, healing and holiness. We are able to heal the sick, cast out demons, and even raise the dead!  Wow.  I don’t know how that all works, but I’ve seen some of that happen here in Redding, California, especially with healing the sick, disabled, deaf and those with various ailments.  Many Christians are excited to participate in these amazing acts of healing, and it is quite prevalent in revivalist communities.  I’ve been told that even new Christians can do these acts.  It no doubt sounds enticing and perhaps one day I will be drawn to participating, but it hasn’t seemed like this is to be part of forming my new identity that I can tell of yet.  I feel compelled to have a deeper understanding of who I am before relying on external acts to give me yet again another role to cling to.

As I continue to see how my identity will unfold, I’ve been subjected to experiences that help me understand what the Christian journey involves.  One day a few weeks ago I was thrust into a battle over my identity.  I was bombarded with feelings of despair, disappointment and utter loss around who I was and what I was doing in this part of the country.  I kept trying to practice affirmations about God’s goodness, love and protection.  I would listen to my breath and exhale the feelings away, but it was of no use.  In fact, the feelings of loss and despair only seemed to intensify as the day went on.  The reality of this hopelessness had every cell in my body believing there was no way out and I had made a big mistake.  Fortunately, I was to have a meeting with about 10 others in our Courts of Heaven group that evening.  That gave me a sense of all was not lost, and I could be helped.  When I arrived at the meeting, I shared about how awful I had been feeling throughout the day.  They said that my feelings had been targeted by the enemy.  Even though they offered me consolation and bible scriptures to help shift my thoughts, the feelings persisted and I didn’t quite understand what was going on.  Around the half way mark of our meeting, someone invited the 3 of us who were feeling faithless and lost to sit in the middle of the floor while those who were more faith-filled would pray over us.  What happened was nothing short of a miracle.  Those surrounding us were totally immersed in an authority of prayer I hadn’t seen in them before. They commanded the attacks on us to end.  One person after another spoke with conviction, earnestness and sometimes even in tongues.  After about 15 minutes, the atmosphere of heaviness shifted.  Tears were streaming from our eyes as we felt the energy had cleared.  We had just engaged in a supernatural warfare that defeated those negative powers of the enemy.  The change was so palpable, and I felt free again.   I exclaimed with such joy, “Wow, we are warriors for the Kingdom of God!”  Our smiles and feelings of wonder helped us all see the miraculous transformation we had experienced.  One person said they had a vision of heaven opening up above us, and pouring down grace into the room, which fiercely ushered out that which had attacked us.

In Christianity, I’m told that when the feelings are joyous and devotional, they are from the Holy Spirit, but when they turn negative that is how the satanic forces overtake some of us.  It’s by knowing and proclaiming the goodness, promises and love of God that keep those negative forces away.  Declaring these in the name of Jesus solidifies they cannot stay.  We have the power to fight these battles on our own as our spiritual muscles get stronger.  When we can’t fight these battles on our own, we need to rely on others for help.  We come to believe and ultimately know through faith that all will work out because the Word in The Bible declares it so, and the countless number of testimonials that others share confirms it.  We walk by faith, not by believing negative feelings and even not by giving so much power to the negative things happening around us.  They will pass gradually or they will be annihilated through a fierce battle.  This perspective is a different approach for me, and one that keeps me intrigued and ready to see how the light overcomes the dark within and around me.  Knowing that I don’t have to do these battles alone and I can be recharged by an awesome power, gives me a comfort I haven’t had before in this journey of uncovering who I am.  And it’s when I feel this fullness of freedom, love and awe that I am most alive and deeply grateful.

If you’d like help in your healing journey, I’d be glad to.  Please reach out to me at: thewayoutforhealing@protonmail.com

Deanne Kaye has been on the healing path for over 30 years. She has explored traditional and alternative ways for healing and has been helping others since 2015 become free from such emotions as abandonment, shame, guilt, anger, self-loathing, fear, resentments, addictions and anxiety.  She provides experienced guidance, step by step work, meditation practices and a space of trust and presence for releasing unhealthy thoughts, emotions and limiting beliefs.