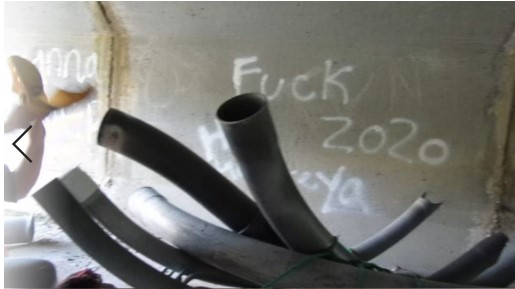 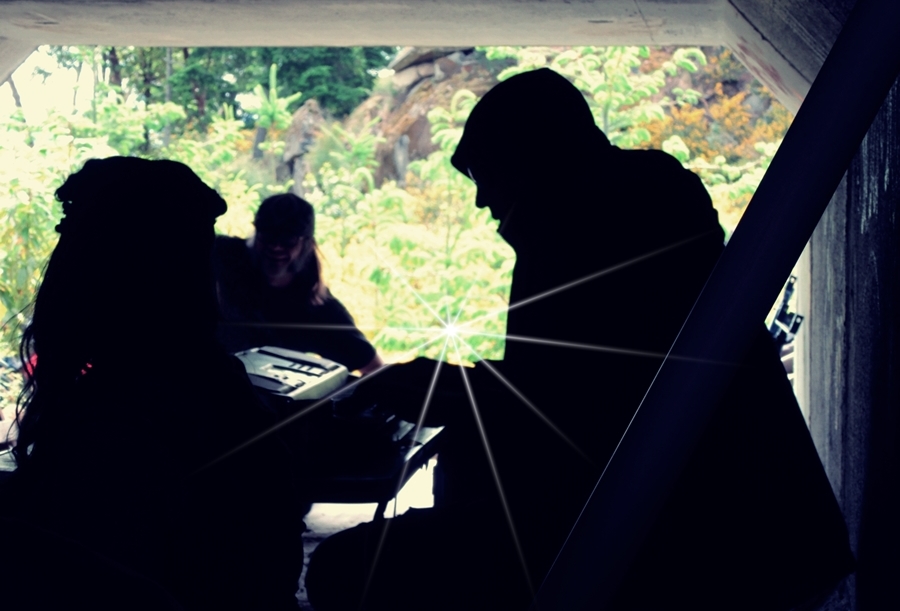 It used to be called “the royal we”—used by the monarchy to mask their monopoly on common ground.

Today as Orwell foretold, history is malleable, to suit the moment of political expedience. The victors of perpetual hybrid warfare are proud owners now of “weaponized information.” And those arbitrary annals are held beyond reproach, contest or inquiry.

So whose history is yours, or mine? Is it just a scatterplot of genealogy, memoir fragments, school lessons, media myths? 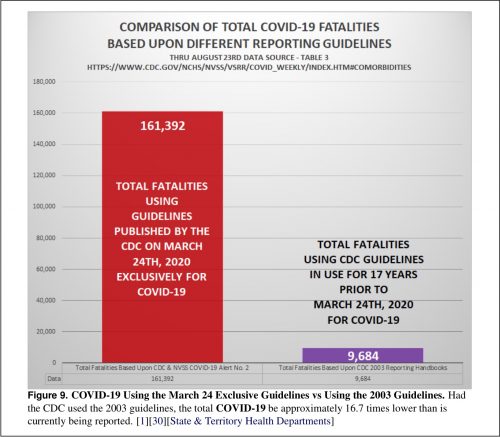 The memoirist has a working model of the society they grew up in. The substratum of their narrative is riddled with assumptions of public fact, headline events, TV documentaries. The more interesting tales show us what happened when “I was there.” Employing firsthand reliability as the default for any situation is the advantage of the fiction writer. Any real or imagined society can be painted just so, according to the lens and heart of the artist.

You want to do your due diligence. To convey a worldview, examine—perhaps expose—the givens of the historical record. In personal stories, recognize and acknowledge illusions driving past choices or acquiescence. In dialogue, as in life, go deeper than “accepted wisdom,” conventional speech. Did you need to repeat what they said on the news?

What’s radical? you ask. It means from the root, at the heart of the matter.

Only Covid can kill you when you are two years past life expectancy and have four other life-threatening health problems, and yet simultaneously only underlying conditions can kill you when you’ve taken the Covid vaccine and die between 31 minutes and 23 days later…—Arturo Bickerstaff 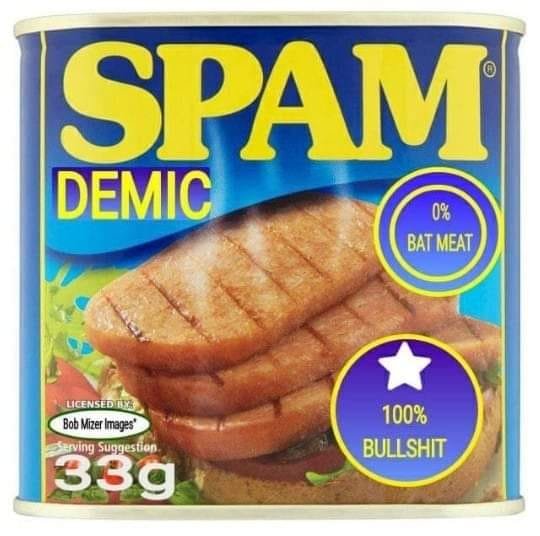 No self-respecting fiction writer would use the official story of JFK or 911 as a plot backdrop (sorry, Stephen), since it would not hold up for any self-respecting editor as being remotely credible. Yet if we don’t want to stir the pot or offend any readers, we might get by with a passing reference (sort of, en passant in chess) to “a troubled loner named Lee Harvey Oswald” or “the terrorist attacks of September 11” or, lately, “the global pandemic,” “rising cases,” “the covid vaccine.” In polite, woke, or permitted channels, even if you’re a skeptic, you must acknowledge, “But the virus was real,” lest you be outcast as that arch-pariah, a “denier.” Next up for obligatory bandwagon signaling: the new, improved/approved “China lab leak exposé.” 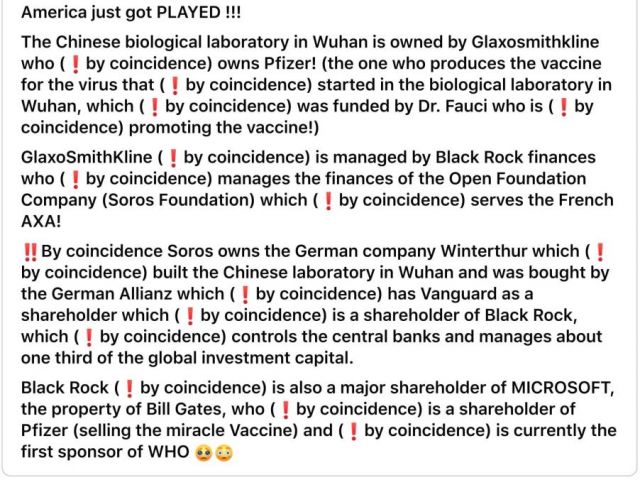 Writing about the sixties, I might gloss over the mosaic where over here is the music of the Doors, and the Gulf of Tonkin happened over there, and a bunch of sex and drugs happened in between, andneglect to mention the historical curiosity that the Tonkin Admiral Morrison was the father of the Doors’ rock-idol, Jim. Mind you, not everyone has to go the full Laurel Canyon exposé route, since David McGowan has already been there and done that; but it helps at least to know about that wider scope of the “history” of the time.

Observing the divergence of social circles over the past year, it’s evident that we’re experiencing something like a species divergence, and with it a divergence of vocabulary, understanding and interpretation of two different languages, to describe two different worlds/worldviews. I remember studying that very phenomenon in grade 9 biology, where eventually two separated groups of one original species would no longer interbreed; they would have split into two distinct species.

Finding it hard to imagine how any human couple could have withstood the current rift in how to view the world, I guess we’re at that bifurcation point already. And what’s more intriguing, the breakaway species doesn’t even want to identify as human anymore; they have a better, bio-digital vision in mind, transhuman. I suppose all we can give them now in parting is a hearty, “Good night, and good luck.”

Choose Your Own Adventure

Which story has your character landed in? 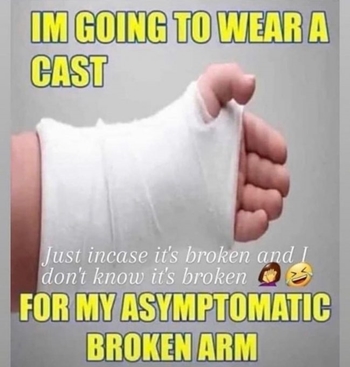 Is it the one where you just listen to what the government says, what the media says, and what selected experts say, all paid for by Big Pharma? Are you marching in lockstep to health orders, travel restrictions, variant alerts, case numbers, mask mandates, arrows on the floor, scheduled jabs, medical apartheid? Are you going quietly bankrupt, losing your parents, your children, your business, your future, your humanity? Are you pining for the Great Reset when the nanny state has complete control over all your activities, your money, your conversations, your thoughts, your dreams? Then finally, maybe, everything will be taken care of, all troubles over. You can rest, safe and secure at last.

Is it the other story, where you know when you are healthy, you know when you are sick? You know when you’ve been bad or good and you don’t need a smart meter to give you a score. You dine and hang out with your family and friends. You travel when and where you like, because you’re not a terrorist but a human being with free will. You need a break from kids so you send them to school and trust they won’t be abducted there by a psychopath in a mask with a pocketful of dirty syringes. You feel alive in the humming energy of a crowd, at a concert or sporting event. You give thanks for the wondrous perfection of air, water, earth and fire, which reminds you to honor the whole circle of life and death; you know what is real and true. 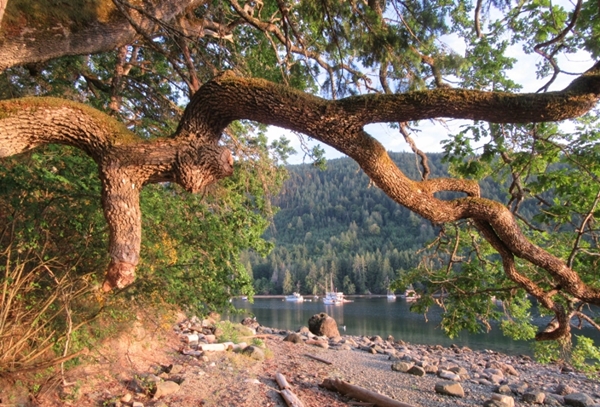 Or maybe, you’re not sure which story you fit in. Maybe you’re holding out, waiting to see how these two divergent storylines end. Thinking you can jump in then, once the ratings are in. The official scriptwriters of Story Onehave a part for you; they’ve given you abundant notice that you’re late for your casting audition. The competing team of writers (Another Story) is crowdfunded so they haven’t been as professional in their outreach. You might have to go find their studio in a back alley somewhere, talk to some folks with nose-rings or dreads, kind of hear the pitch again, search some alternate pilot episodes, check out the comments and reviews.

Think you might just mull it over some more, meditate, chill? But you can’t sit on the sidelines forever. One story or the other is destined for the slush pile. You don’t want to cast your fate with a loser. So what’ll it be? Which story is going to be yours?

Seeing the Forest and the Trees

Recent protests at the Fairy Creek site of old growth logging have swelled to thousands. Indigenous and white and other colors, young and old, called to witness for the protection of these last sacred groves. Fairy Creek is becoming known as Canada’s Standing Rock: a last stand against resource rape for corporate profit. Yet in a strange twist, there is division in the ranks.

In social media discussion, a boomer friend suggested the protest might shift its considerable weight to bear on another pressing issue, the totalitarian plandemic underway. Here a demographic rift appeared. It seems much of the logging protest is spearheaded by “woke” millennials who have bought into the official covid/vax party line. Thus my friend was dismissed as a “white colonialist” for daring to lift the narrative blinders of the rainbow maskers. 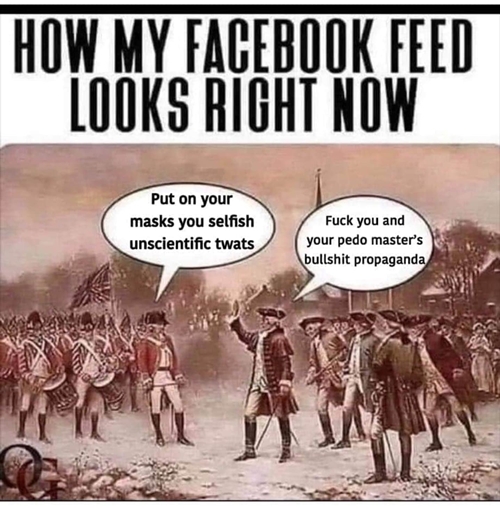 The spectre of colonialism actually is part of this picture, a key factor in the rift occurring simultaneously on the indigenous side of the issue. There the strategy of divide-and-conquer follows a more familiar pattern, with government interference in the traditional lineage of power with the hereditary chiefs. In the case of the Pacheedaht holding rights to the Fairy Creek territory, the old-growth logging is supported by the modern band council, but opposed by elders and their supporters on the front lines.

There is strength in unity, no doubt, around a targeted focus on a single issue (old growth logging). But such concern, especially by outsiders, is suspect when analysis stops and wider context is denied. Is protest then just another form of virtue signaling, to complement the mask?

It’s puzzling to see long-time activists, especially, split in their allegiances. The Green Party is a prime example. How can you oppose Big Timber and Big Oil, but support Big Pharma in mass-jabbing the population with a genetic experiment with grave known and unknown risks and no proven benefit? Something doesn’t add up. On an individual level, I suspect a deeper psychological disconnect, a cognitive gap. Where one’s politics are clear-cut against clear-cuts, but absent in the face of medical tyranny.

Yes, the brainwashed brain must reason, the powers that be are bad for wanting to cut the last of the old growth forests; but to face the prospect that they’re coming for us, too? No, that’s just unthinkable. It’s too hard. It’s too much. It’s too complicated. We don’t have time for that. Like, just listen to the climate science, okay?

Once denounced as a dystopian fantasy, vaccine passports are inexorably rolling out in lockstep with “The Great Reset.” Once decried as a barbaric violation of human rights, apartheid is rebranded with majority support in its new guise, medical apartheid: “for the common good.” Since the reset button has been pushed, there’s no going back. No requestioning allowable about basic assumptions given at the outset of the scam: even concerning the definition of “pandemic” itself.

Meanwhile, there’s that sacred cow to milk, Democracy. Once the benchmark of 60 to 70 percent are vaxxed, your majority is locked in, for life.

Simultaneously, a strange thing has happened to children’s rights. Like every other sounds-good, feels-good term, its meaning has been turned upside down. You might think it refers to children’s rights to a safe and healthy environment, care and support, freedom from coercion and abuse.

Instead, the trend has been to program children to accept choices presented to them from “above”—not from parents, but from state and corporate actors, and global designs for a reengineered society. All under the guise of giving children more “rights” and “freedoms” to “choose” what they want.

Movements are well underway to give children, without parental consent, rights to vote, to opt for a gender change, and to get jabbed with an experimental genetic modification treatment. Offering ice cream is considered equivalent to “informed consent.” State dictated propaganda in the classroom concerning gender and covid are forms of brainwashing that is reinforced by peer pressure when the majority do as they are told. Children’s natural (and conflicted) inclinations to bow to authority and challenge authority are expertly manipulated in this s(l)ick new normal. When the authority of the parent is replaced by the authority of the state, the mission of transfer of control is accomplished. At this pivotal point in history, you have one final right of choice: to kiss your children goodbye… or, just say no. 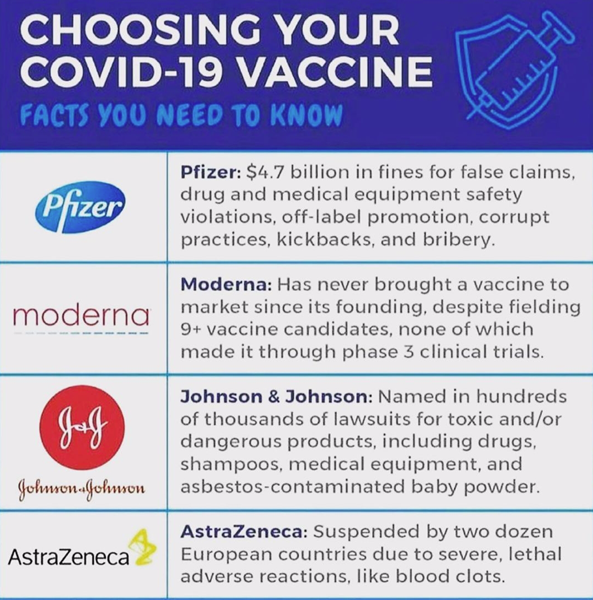 Mind Control is Not a Conspiracy Theory

genetic manipulation of psychic ability: turn on, or turn off…