FREEDOM with Courts in the Supernatural Realms 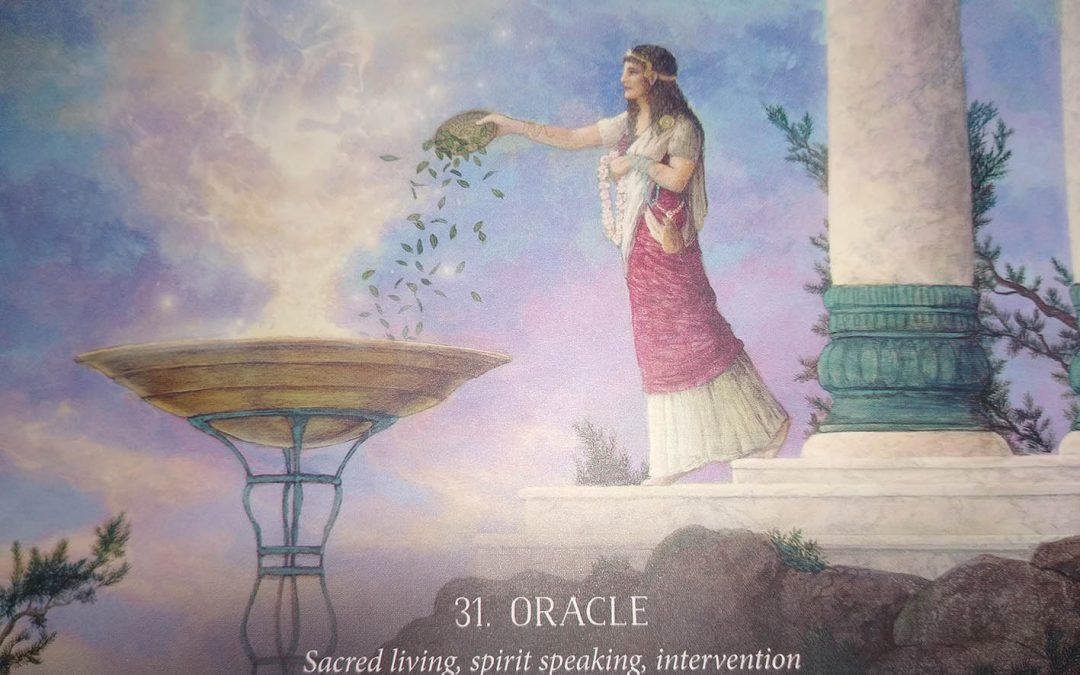 FREEDOM with Courts in the Supernatural Realms

Continuation from article “Healing with Courts in the Supernatural Realms”

As I continue to explore this path of Christianity, I am fascinated by the supernatural stories I hear from people being touched by the Holy Spirit of God.  People come here to Redding, California from all over the world to revive their relationship with God through dramatic encounters and gentle expressions of grace.  I’ve met…. a woman from the Czech Republic who came here with her husband after having encountered Jesus several years ago during an LSD trip;  a woman from Germany who has been in a wheel chair most of her life, but maintains her gift of joy despite physical healing miracles not manifesting for her;  a man from Ethiopia who feels so grateful to be alive and shares so much grace with others since his mother got a divine message over 25 years ago not to abort him even though she and her family were having many financial challenges during their immigration to the States;  a beautiful woman from Egypt who was born and raised Christian, but didn’t start feeling the presence of the Holy Spirit speaking to her daily until just a few years ago while living in New York;  then a woman from Southern California who felt compelled to finally start reading her bible at work during coffee breaks.  One afternoon the words came alive and actually appeared moving 3D off the page as she was reading!

This divine presence is orchestrating in mysterious ways and in various places.  Like me, people want to experience more of this presence, as well as understand how to combat the negative forces that are operating in life.  In certain circles of Christianity, the Courts of Heaven are used in this battle of light over darkness, especially amongst those who have a deeper desire to overcome problems that keep manifesting in their life.  I’m part of a group that is practicing this Courts process.  There are books and video series on this so what I’m sharing is just a simplified version.  The steps entail:

3).  using the sacrifice of Jesus Christ as redemption within our bloodline

4).  reminding the courts (and yourself) of your purpose and the promises of your life

5).  making a contribution to a church to demonstrate faith in the goodness of God

If we are to approach God as judge with the Courts in the Supernatural Realms, we need to have access to the courts.  Otherwise, we use a lot of energy praying, battling, and feeling distraught, getting little to no results.  These Courts are not a 3-dimensional place we go to.  They are a supernatural place in another dimension.  Some say this other dimension is one of the 3 levels of heaven.  And it’s more than a cartoonish vision of clouds in the sky.   My years of meditation have really helped me with making a shift into this supernatural dimension.  To initiate the shift, you need to give yourself some minutes of preparation for slowing down thoughts.  We can focus on the breath, heart beating or saying prayers of worship to help slow down the thoughts.  Then after feeling a sense of calm, invite the presence of something greater to come into your awareness.  I see myself walking into that presence through a vision of nature or a majestic courtroom.  If you are a sensitive person, you will sense when an energetic shift is happening.  Others I’ve talked to have said they hear or see things.  Some don’t notice anything.  They simply operate with a knowing that all they ask for will be fulfilled at some time.  When I feel the shift, there are sensations flowing throughout my body and I have feelings of awe and expansion towards the greatness of God.

Then it’s important to express gratitude for being there.  Heartfelt gratitude is a great way for accentuating an awareness of awe.  It also brings other aspects to us such as humility and a release of control.  Then we ask for help in being given a change of heart.  This change is what is referred to as repentance.  I used to have a negative view of the word repentance.  I thought it had to do with being a ruthless sinner who should be punished in some way.  But through proper guidance, we are graced in repentance allowing for changes to occur in our thinking and a relaxation of the heart. When we are convinced that our viewpoint is the only right way and we keep blaming, complaining, struggling and gossiping about others, we can’t repent.  Therefore, we need to have a willingness for a change of heart that the perspective we carry into the Courts may need some adjustments.  There is no bypassing our need to change while here!

When we are in the Courts, we have a number of things we speak about.  We want to obviously identify the cases to be removed.  We could have cases based on someone in our bloodline having:

It really helps to have some sense of what might have caused the iniquity in our bloodline and then how it’s manifesting in your life.  Then we need to remind the courts of who we are!  It’s important to note that God and those in the courts know who we are and have access to the book written about the good things we were created for.  However, because of so many struggles, transgressions, and cases against us, we have forgotten.  When we remind the courts of who we are, we are better able to step into our given grace, power and authority to defeat the cases against us.  Here are some of the truths that we are to emphasize on our behalf:

With these, it’s important to know what your destiny is about and what promises need to be fulfilled.  Christians use many verses stated throughout The Bible for the promises, but for our individual destiny, we need to distinguish what that is.  It generally entails doing work that we love, and it is of benefit to others.  God knows us to be OVERCOMERS and we are more able to fulfill our destiny when we believe it ourselves!   It does take a lot of conviction and faith, especially when we’ve been overwhelmed by disappointments and struggles. 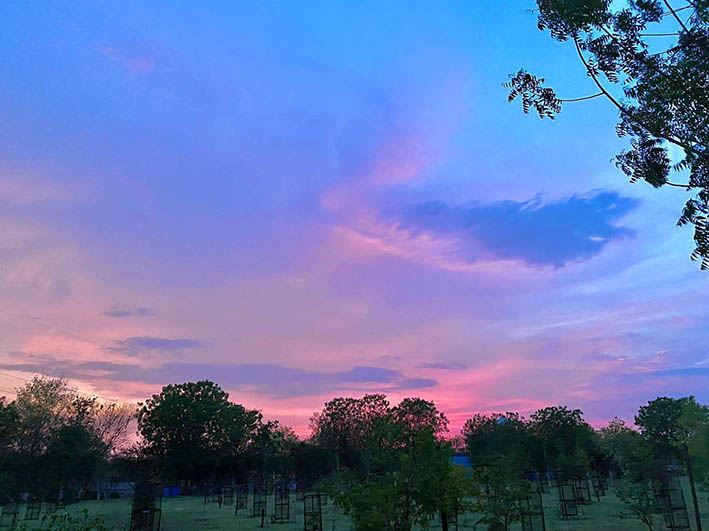 Understanding the importance of Jesus’ birth, teachings, crucifixion and resurrection are foundational to Christianity.  When he died, his blood cleansed our earth on a physical, as well as esoteric level, ushering in for our consciousness and soul to ascend while in the physical body, as well as in its death.  Just even a few drops were enough I’ve been told!  Thousands of years ago, it was common practice to have yearly animal sacrifice to redeem sins and have promises fulfilled for the upcoming year.   This was done by the people of Israel, but not limited to them.  What Jesus did is quite profound once the whole process is understood.  I hadn’t considered it much before and actually dismissed it.  I had been entertaining ideas that he had married Mary.  They had children.  He wasn’t crucified so didn’t resurrect.  But the evening I was graced by the Holy Spirit, I received information about the life of Jesus.  The information was basically saying the miracles and teachings Jesus gave were the most important to reflect on, and not get caught up in the details.  The details cause us to get lost in our left-brain intellect and leave little space for wondrous encounters.  They have their place, but not when they are the sole focus.  The details were a big obstacle for the Jewish Pharisees back in the time of Jesus because they held onto the commandments rather than embracing a personal relationship with God.

The final part of appealing your case in the Supernatural Court Realms is with tithing.  Financially giving and supporting a church that you resonate with shows your faith in there being a divine power at work.  And when we give, we need to do it out of gratitude and joy rather than from feelings of lack or obligation.  A few different churches I’ve visited have people repeat declarations around money coming back to them through various means like:  promotions, checks in the mail, bonuses, unexpected sources, etc.  All helpful in changing our mindset to abundance, and supporting us in the Courts of Heaven.  Therefore, it’s important to find a church that you appreciate, trust and want to give to.

This process for us gaining more freedom through the Courts of Heaven has been quite a fascinating discovery.  I’ve heard many testimonies of people saying that the Courts process works.  They’ve experienced substantial breakthroughs in their life and that of their families.  Some are almost immediate.  Others require patience because we don’t know how much more energetic clearing is actually needed in the supernatural realms before manifesting in our reality.  Things that help with this energetic clearing include methods we in the healing field know of well, such as, self-care, seeking out the comfort of friends and professionals, doing things that uplift us, and most importantly developing an intimate personal connection with God.   The more we have that connection, the more we are able to reside in a supernatural dimension that gives us strength to defeat the challenges, and stand through them.

If you’d like help in your healing journey, I’d be glad to.  Please reach out to me at: thewayoutforhealing@protonmail.com

Deanne Kaye has been on the healing path for over 30 years. She has explored traditional and alternative ways for healing and has been helping others since 2015 become free from such emotions as abandonment, shame, guilt, anger, self-loathing, fear, resentments, addictions and anxiety.  She provides experienced guidance, step by step work, meditation practices and a space of trust and presence for releasing unhealthy thoughts, emotions and limiting beliefs.