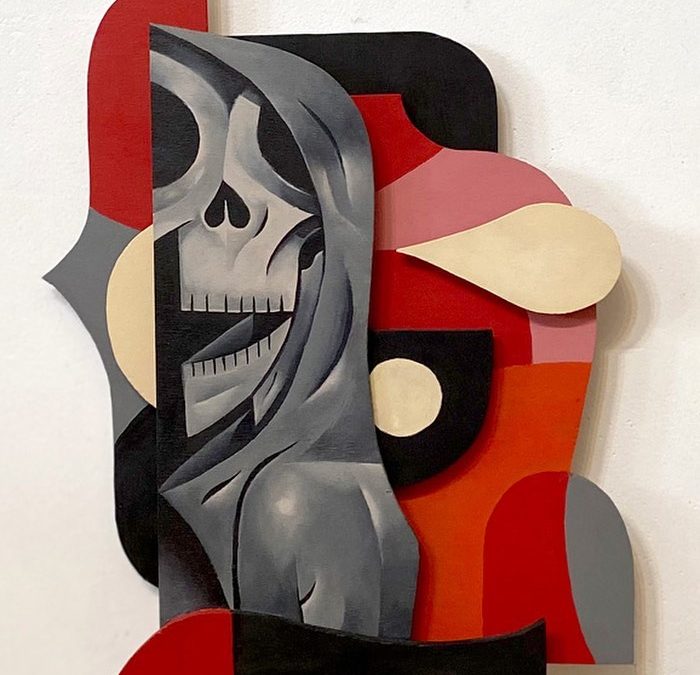 “And you? When will you begin that long journey into yourself?” ~Rumi

The Alchemical process of transformation has four distinct stages: Nigredo, Albedo, Citrinitas and Rubedo. These stages are the framework of Jung’s characterization of the four stages of character transformation: Confession, Illumination, Education, and Transformation, culminating in the completion of the magnum opus and the creation of the Philosopher’s Stone.

A robust character hinges on eight core virtues: courage, moderation, wisdom, justice, curiosity, honor, humility, and humor. These virtues will all be needed to navigate the four stages of transformation.

We enter Nigredo with curiosity and courage. We enter Albedo with moderation and justice. We enter Citrinitas with honor and wisdom. We enter Rubedo with humility and humor. One might ask, why enter at all? We enter into self-transformation to prevent getting stuck in self-preservation.

We challenge the lodestone to create steppingstones that will eventually lead to the self-actualization of the Philosopher’s Stone.

“When you see your matter going black, rejoice, for this is the beginning of the work.” ~Rosarium Philosophorum

The process of confession begins alchemically with the concept of the nigredo, also called “the blackening.” It’s a psychosymbolic death. This is the stage of revelation and catharsis. It’s where we burn away our psychological dross. It’s where the shadow gets integrated and then mined for hidden gold.

This is no easy task. It’s a dark time. Despair and disillusionment are all consuming. The ego is murdered by the Id. The blackening is a cocooning that cooks the corpse of the ego inside it. Annihilation becomes integration: the marriage of chaos and order, the coalescence of shadow and light, the union of summit and abyss. This gives way to the illumination of the Albedo.

“The encounter with the shadow is the ‘apprentice-piece’ in the individual’s development… that with the anima is the ‘masterpiece’.” ~Carl Jung

The process of illumination begins alchemically with the concept of the albedo, also called “the whitening.” This is the stage of awakening and insight. It’s where our new shadow perspective helps us deflate the ego and where unneeded, illusory, or false conceptualizations are shed. It’s where the anima/animus gets integrated and cultivated for maximal co-efficiency.

The personality becomes a masterpiece when the masculine integrates the anima and the feminine integrated the animus, and vice versa. The ashes leftover from the blackening are purified by the persona’s opposite. The black crow is transformed into a white raven. The heavyhearted coal is pressurized into the lighthearted diamond. The end of the lesser work is at hand and the beginning of the higher work becomes manifest.

Anima/animus integration is no simple task. But it is quite rewarding. As we begin to resolve the animus in every yin and the anima in every yang, we discover that there’s a lightside to every darkside, a softness buried within even the roughest patch. There’s even good luck hidden inside bad luck.

A man honoring his anima and a woman honoring her animus is truly a force to be reckoned with, what Nietzsche referred to as the “Primordial Unity.” For they are that much closer to achieving cosmic heroism. They have become a force of integrated nature first and individual human second. This leads to the sacred dawn of consciousness.

“Every one of us is a mystic. We may or may not realize it, we may not even like it. But whether we know it or not, whether we accept it or not, mystical experience is always there, inviting us on a journey of ultimate discovery. We have been given the gift of life in this perplexing world to become who we ultimately are: creatures of boundless love, caring, compassion, and wisdom. Existence is a summons to the eternal journey of the sage – the sage we all are, if only we could see.” ~Wayne Teasdale

The process of education begins alchemically with the concept of the citrinitas, also called “the yellowing.” This is the stage of absorption and wisdom. It’s where our integrated shadow and anima/animus wakes up to the solar dawn of the emerging soul. It’s where the inner student meets the inner master, where Courage meets Wisdom, where the animal shakes hands with the sage. It’s where the wise old man (or woman) archetype gets integrated into the whole.

The dawn of the soul is like the rising sun, golden, radiant, and enlightening. It gives color and shape to the once colorless black and white world. It’s the lovechild of shadow and animus: the rising “son” of our ego’s death. The emergence of Christ consciousness: From the blackening on the cross to the whitening between worlds to the yellowing into rebirth. Our inner sage grips the masterpiece.

As Aristotle stated, “What more accurate stand or measure of good things do we have than the Sage?” The sage leads us into the alchemical success of the magnum opus, the bleeding out into transformation itself.

“Know, all you seekers after this Art, that unless you whiten, you cannot make red, because the two natures are nothing other than red and white. Whiten, therefore, the red, and redden the white.” ~Turba Philosophorum

The process of transformation begins with the concept of the rubedo, also called “the reddening.” This is the “final” stage of transpersonal self-overcoming. It’s where the alchemy of psychology becomes a fountainhead. It’s where the unity of opposites—shadow and light, anima and animus, beast and sage— becomes transcendent, provident, and mercurial. It’s where the Self archetype becomes the process of Integration itself.

The reddening is a bleeding into blackening. It’s the life-death-rebirth process lived through in real time, in each moment, with each new breath. It’s both a rising out of falling and a falling into rising, both a chaos creating order and an order creating chaos. Self-awareness is self-improvement is self-overcoming. There is no self-actualization without self-transformation. And so, the Self archetype is ever in the throes of overcoming itself.

In the end, there is no end. There is no remaining, there’s no settled state, there’s no final stage. The magnum opus eats itself or it doesn’t sing. The Philosopher’s Stone is always just ahead of the curve on the transformation continuum. The journey is always the thing or it is nothing. The sword is always sharpened dullness. The diamond of the self is always pressurized coal. As James Hillman said, “the pearl is also always grit, an irritation as well as a luster.”

This article (Jung’s Four Stages of Character Transformation) was originally created and published by Self-inflicted Philosophy and is printed here under a Creative Commons license with attribution to Gary Z McGee and self-inflictedphilosophy.com. It may be re-posted freely with proper attribution, author bio, and this statement of copyright.