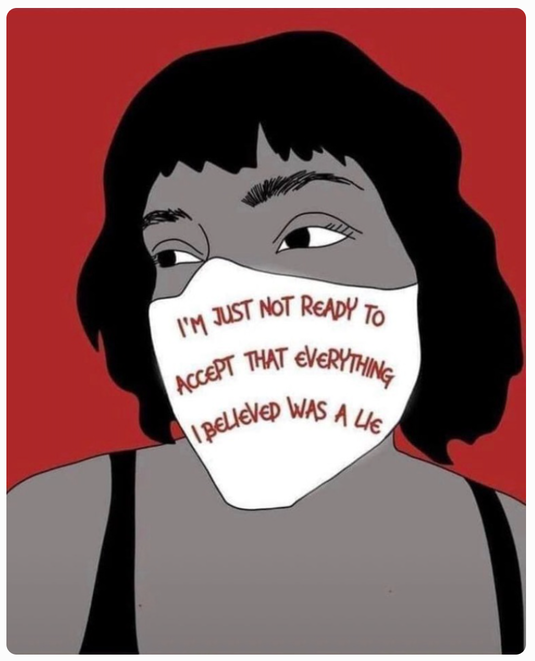 It seemed, for a moment there, as though we might have reason to celebrate. The End of Mandates! was announced by government officials everywhere, even as the medical freedom movement was criminalized and hauled off in chains, and draconian legislation was being embedded in bureaucratic code for future reference.

Then, just like that, Ukraine war hysteria replaced the reigning mass psychosis. As if there just had to be some big bad villain to keep the blockbuster series of nightmares running nonstop into a third straight season, a box-office hit. Otherwise, the unthinkable: critical thinking, independent research, questioning authority. Common sense, direct experience, open debate… Cue the well-endowed chorus: Anathema! Burn the heretics!

For most, it appears, the mask has been internalized. Maybe it’s a syndrome of the injectables, not merely technologic but also psychologic—a certain giving in to that preordained future, signing the body and soul away for a respite of comfort, privilege, illusion… nursed a little while longer, please. Maintained, as directed, by the backdrop of information drones buzzing incessantly, with their hive-mind messaging. Yes, it must be easy to just succumb, and let the hypnosis do its work…

Notice, there was nary a peep about Covid in the month-long hubbub over the Canadian Trucker’s Convoy. When people hit the streets for real, the pandemic illusion was shed in favor of the real political agenda—branding Freedom as a racist, extremist threat.

The Omicron fizzle and widespread rollback of pandemic restrictions paradoxically dovetails with the next phase of the ongoing coup: a more permanent, less visible clampdown on political rights—through financial sanctions, digital IDs, and a made-in-China social credit system. The pretext having outlived its usefulness, the real agenda is unmasked for all who dare to see through the eco-friendly, equity-smiling, safe and effective hype, the final message delivered:

Your only right, your only freedom, is to obey all our dictates, and remain silent. Choose well. Otherwise, you will be dehumanized: slandered, arrested, beat up, imprisoned, isolated, banished, outlawed, de-platformed, canceled, impoverished. Your pets destroyed, your children taken away. Your life is no longer yours, it belongs to us. But take heart, it’s for your own good. Insuring you do your part to help us build a better world, as we the elite determine. 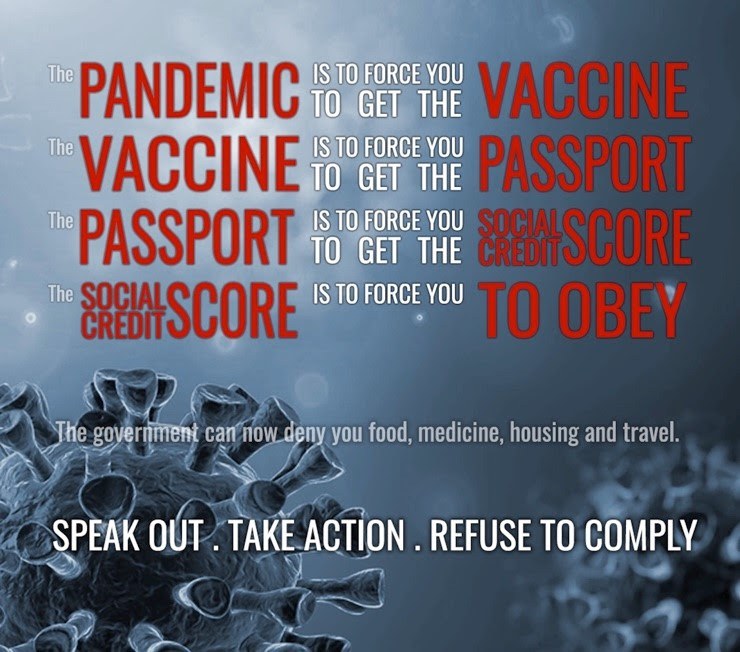 ‘Controlling the thoughts we think about our nation and our world are of paramount importance to our rulers, because it’s only by controlling what we think that they can control how we vote, how we act, and whether or not we get fed up with being exploited and oppressed by a loose alliance of unelected plutocrats and government operatives. There is nothing, literally nothing, that these people would not do to maintain this control. Their very survival depends on it.’ Caitlin Johnstone

Narratage sabotage is the major weapon of mass reality-destruction, otherwise known as the war on humanity. It has served as the chief strategy of the global coup, as well as its enduring endgame. The war on humanity came out of the closet in March 2020, and apparently its proponents will not rest until our takeover, depopulation, and replacement has been complete.

But then, neither will we rest in serving nature’s mandate—resisting technocratic control with the power of truth, and fulfilling our destiny in freedom. 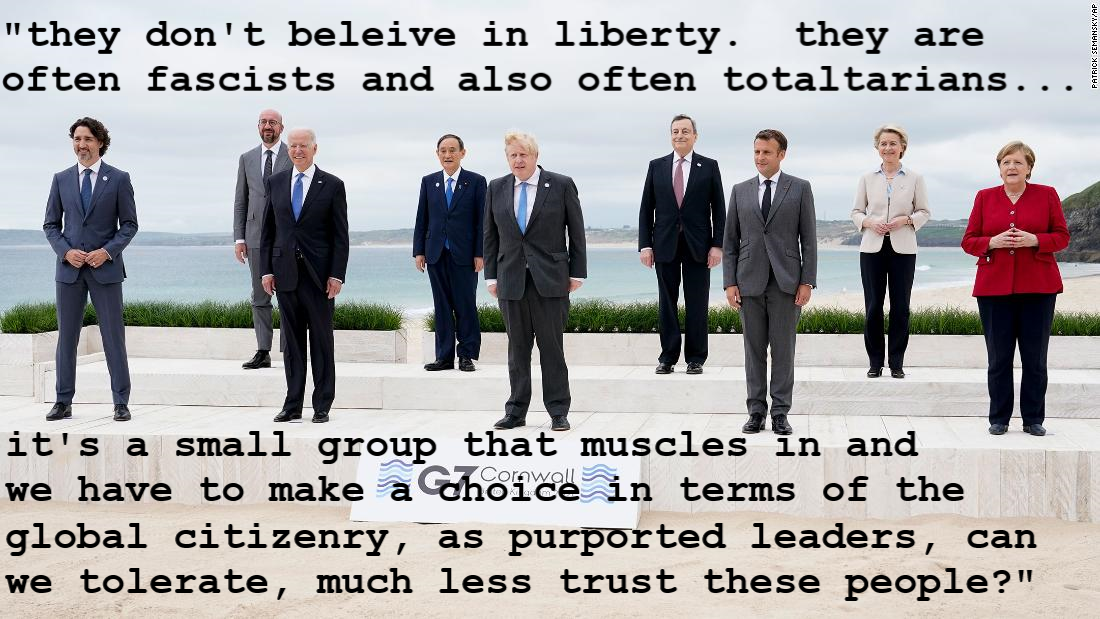 Narrative sabotage cuts both ways. On the part of the dominators, it describes the dismantling and disregard of legal code and constitutional charter. The takeover of mainstream media, and big tech censorship. The reversal of fundamental medical and social health ethics. Most insidious of all, the perversion of our language—framing our reality for us, unconsciously.

Repeating the same concocted stories and headlines and talk show slant across the media landscape, with a monolithic message, against which all dissent is punished. 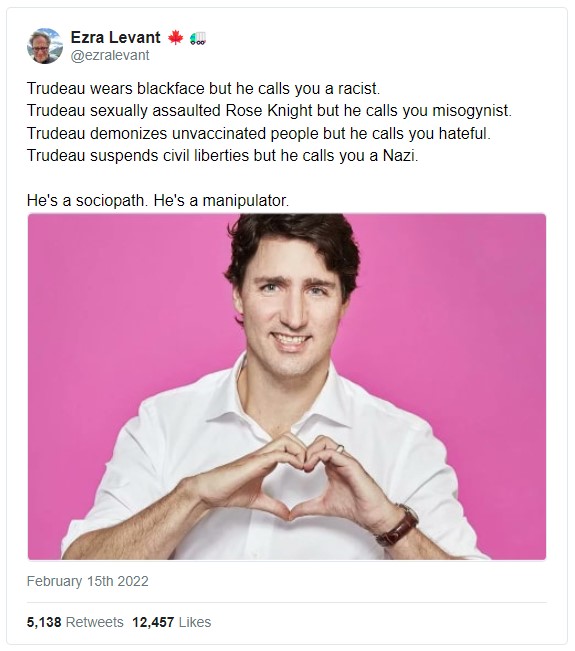 ‘Securing more and more control over the ideas and information that people share with each other is an objective of unparalleled importance of the oligarchic empire…. Hopefully we all collectively find a way to unplug each other from the imperial narrative matrix before they can secure total control.’ —Caitlin Johnstone, Australian Government Sanctions People For Sharing Unauthorized Thoughts

Against that grand larceny, The Great Reset, asserting its insipid diktat of The New Normal,  beats the heart of the denier, the dissenter. Truthseeker and truthteller. Like Kokopeli the deer-footed, flute in hand, he sings a tune of his understanding, a rhythm of another story deep in the blood and DNA—before it was hacked, invaded, seduced; below the database name and number; beyond recruitment to the techno-hive. 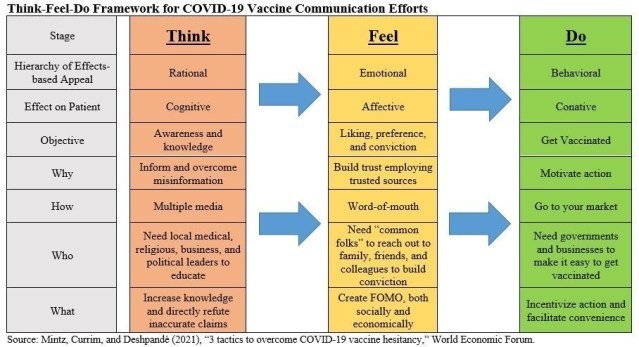 This other story, the unauthorized transmission, is not programmable, not amenable to digitalization. It demurs from TikTok, prefers live music, passes on Zoom. It recognizes fiction for what it is: the human condition.

Facts? These are story elements, shaped to fit.

Our world as given? That’s fine, but who’s running the show?

Is the newsstand headline the report from Reality, as it purports? 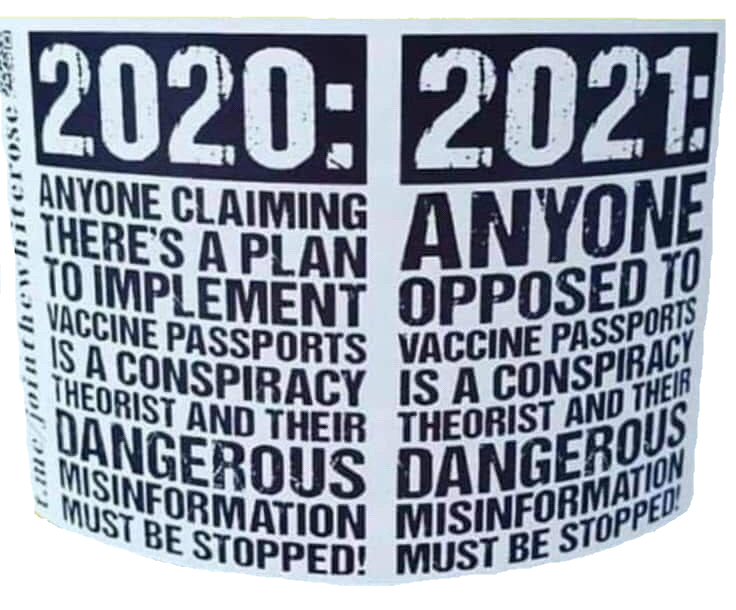 Or is it the script our obedient readership is expected to follow, to the end of the simulation?

And what if the end is unwritten? What if the script is crowdsourced now, as it once was when we learned to speak?

If there were no script at all, what would we have to say for ourselves? 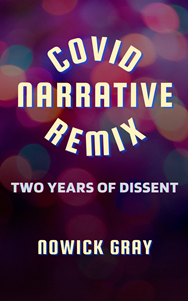