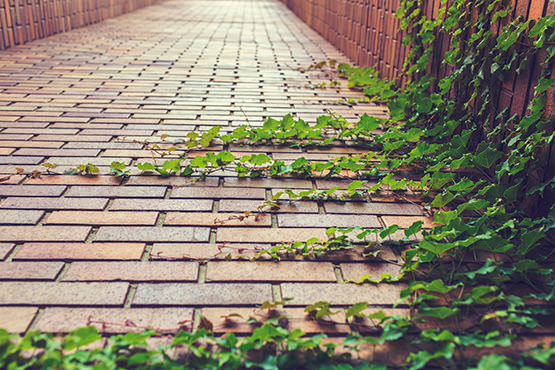 Freedom is found nowhere but in the now-here. 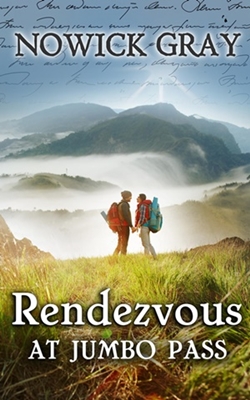 At the heart of human freedom lies the core of our nature, which is not specifically human at all: the spirit of wilderness. But what is wilderness? Is it just one of those endlessly debatable concepts like Love, Truth, God… or Freedom itself?

When I lived in the BC interior, on the edge of the officially designated “Purcell Wilderness Conservancy,” my community wrangled for years over government plans to log on the western side of the mountain range. On its eastern side, pristine values of trail and wildlife were compromised by hunting and horse access. On one all-day hike up 9000’ Mt. Willet, I approached the summit with its stunning view of wild peaks all around… and suddenly was buzzed by a helicopter, twenty feet over my head.

Same story in the remote Kalalau Valley of Kauai, Hawaii, where I hiked in on a rain-muddy trail with my daughter… only to be greeted by periodic sorties of tour helicopters over the stretch of otherwise paradisiacal beach.

After two decades living on the edge of wilderness, I moved to the city of Victoria. But even there, you can stand on the shore along Dallas Road, with the city not even visible beyond the vast Beacon Hill Park at your back. Looking out at the ocean (or part of it) stretching forty kilometers to another country—the snowcapped mountains of Washington’s Olympic Peninsula—you can feel directly in touch with wild nature.

Is wilderness, then, just a conditional lens of circumstance, a given visual frame within a sanctuary of passing time? Is it a state of mind? An aspect of our bodily life, below our consciousness, which yet connects us with all we cannot touch?

Being in touch with wilderness, we owe a responsibility to it. It remains part of our family, and we of its family, though we might be far estranged in a digital, commercial, social, industrial, virtual version of reality, perhaps not even aware of our estrangement.

We might own a “parcel” of land, or think we do. But that doesn’t mean we are wedded to the wild. Honestly, we are deluding ourselves in treating land as a commodity, something we possess. Soon enough we will be buried there, somewhere, and it will repossess us. Or our ashes will be scattered, or potted, upon it.

We don’t own the land, in its own right, any more than it owns us, in our own right. It remains free, and so do we. Yet in the relationship is a live connection, a duty of care.

“Reconciliation is about land… If we only look at land as property then it is a possession, and if it’s then a possession it is a resource or commodity. We should be looking at it more as having a relationship, because we are all affected by the harm we cause to the land. It means all of us changing how we think about, interact with and consume land.” —Carey Newman, Coast Salish artist 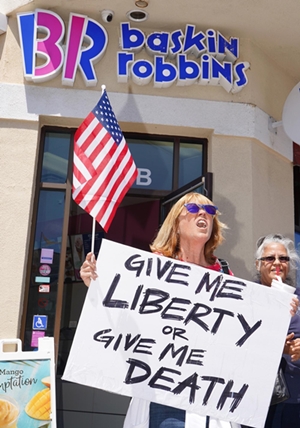 Key to our realization and manifestation of freedom is our sense of empowerment. Alienated from our true nature by fear of external, imposed control, we are disempowered, without means to exercise our inherent natural freedom.

Living in human society, of course, demands tradeoffs and compromise, even appropriate restrictions and impediments to pure freedom. It goes with the territory—even living with one other person in a single shelter in the woods. Likewise, in wilderness we are not abstractly free, in a void of concern, but bound to a web of respect for the other living things and for all the elements of nature: predators and pests, rocks and weather, cycles of plant life, the limits and possibilities of textures and tools.

No one can map your future but you.

All tyranny begins with the desire to coerce others for the greater good.—@Naval, Twitter

Engineers occasionally joke, “If it doesn’t fit, force it.”

The fundamental problem with universalism is that so few things really are widely agreed upon. Universalists exhibit a special kind of hubris, one that smacks of neo-colonialism: the insistence that others must believe as we do, if only we show them the obvious superiority of our thinking.

If you’ve ever tried to be creative or productive when you’re in a bad mood, you know there’s more work to do… on the inside. Water can’t flow through clogged pipes. Personal evolution depends to a large extent on naming one’s wounds, which is to say, acknowledging and owning them.

It can be a lifetime process (or more), to release the bounds of the past—buried or fresh, karma or trauma, slights or vendettas. But with or without a self-help guru, it is within your power to affirm the process by which your pain happened, and to enlist in a courageous act, out of isolation, the help of others in supportive community. You have within you the freedom to heal that wound and move on to a more free-flowing, natural life. In doing so, you may discover or reengage with the work you can offer to the world—a gift arising perhaps even from that place of hurt within the psyche.

Meanwhile, back on Planet Covid, the larger collective drama plays out, in which the very soul of humanity is wounded to its heart. And that very process of owning and naming is outlawed, prohibited, canceled.

Decades of dumbing down the populace through government run public school indoctrination disguised as education, has produced millions of non-critical thinking barely sentient consumers who have their beliefs fashioned, choices formed, and opinions dictated by manipulative men operating in the shadows.

Those pulling the strings understand the psychological processes, societal relationships, and technology driven social media addictions of the masses. They know how to sell a narrative based upon the emotions, feelings, fears and biases of the masses. With so few capable of critical thinking and seeing through their deceptive manipulation of the story-line, complete control over mainstream and social media gives those pulling the strings tremendous power over the direction of society.

And if they can keep the majority at each other’s throats, distracted by trivialities, minutia, false narratives, and unable to decipher the truth, they can keep us subjugated and constrained while they pilfer and pillage the wealth of the nation. It is a despicably audacious plan but is working to perfection. But, as always with humans, their hubris and myopia have convinced themselves they are infallible and immune to defeat. Their greed and arrogance will ultimately lead to their downfall.

The silver lining in our mass oppression is the blindness of our oppressors to their own wounded nature. They might scheme and rage at full throttle now, but the black empty heart of their enterprise can only implode in time, like every empire before it. 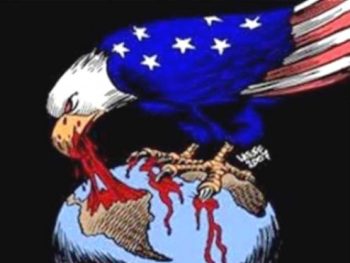 Under the boot of global fascism, we conscious souls still have the freedom, the responsibility, and the power to call out the civilizational sickness upon us, to diagnose clearly the social cancer. Canadian Doctor Roger Hodkinson nails it thus:

You’ve got to get a grip on this. There is utterly unfounded public hysteria driven by the media and politicians. It’s outrageous. This is the greatest hoax ever perpetrated on an unsuspecting public…. It should be thought of as nothing more than a bad flu season. This is not Ebola. It’s not SARS. It’s politics playing medicine and that’s a very dangerous game.There is no action of any kind needed other than what happened last year when we felt unwell. We stayed home, we took chicken noodle soup, we didn’t visit granny and we decided when we would return to work. We didn’t need anyone to tell us. 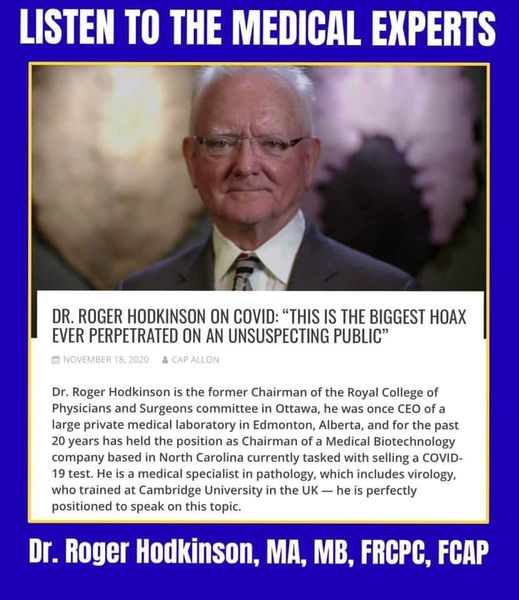 The movers and shakers of the World Economic Forum, the UN, the EU, the World Bank, the WHO… they’ve long ago gamed their strategies for global control. Their future for us—all of us, no exceptions allowed—is already mapped out under Agenda 2030, or inscribed on the Georgia Guidestones, or modeled on DARPA supercomputers. So where does that leave our paltry notions of individual freedom and personal evolution? 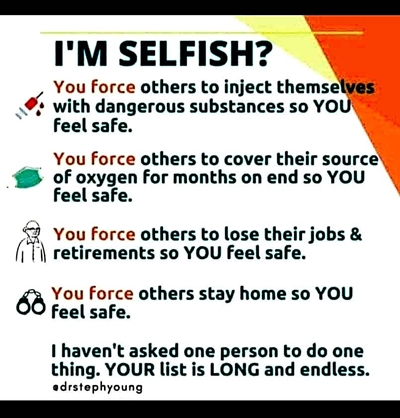 Reality creation cuts both ways. We have already witnessed, through 2020’s mass masquerade, the all-important role of narrative management by Big Government, Big Media, and Big Tech, in collusion with Big Pharma. And what is narrative? Nothing more than a story, a string of words with meanings reassigned, for desired effect. 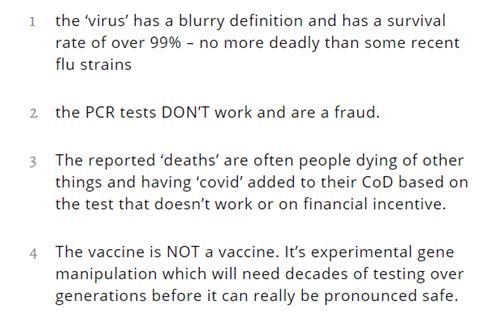 The faked story has no weight except in popular belief. That is still our domain as sovereign humans, even under the weight of lifelong indoctrination. A single spark of a true idea can dispel a lifetime of illusion.

Truth is truth, one, alone; it has no sides, no paths; all paths do not lead to truth. There is no path to truth, it must come to you. Truth can come to you only when your mind and heart are simple, clear, and there is love in your heart; not if your heart is filled with the things of the mind. When there is love in your heart, you do not talk about organizing for brotherhood; you do not talk about belief, you do not talk about division or the powers that create division, you need not seek reconciliation. Then you are a simple human being without a label, without a country.This means that you must strip yourself of all those things and allow truth to come into being; and it can only come when the mind is empty, when the mind ceases to create. Then it will come without your invitation. Then it will come as swiftly as the wind and unbeknown. It comes obscurely, not when you are watching, wanting. It is there as sudden as sunlight, as pure as the night; but to receive it, the heart must be full and the mind empty.

Attuned to the wild spirit of freedom within, we embark on a journey of self-discovery, revealing doors of creation and transformation—of ourselves, and of the world we once called home. The wild is calling us back now… back to all we might be.

Nowick Gray writes from Salt Spring Island, BC. His books of genre-bending fiction and creative nonfiction explore the borders of nature and civilization, imagination and reality, choice and manifestation. Connect at NowickGray.com to read more. A regular contributor to The New Agora, Nowick also offers perspectives and resources on alternative cultureand African drumming, and helps other writers as a freelance copyeditor at HyperEdits.com. Sign up for the “Wild Writings” email newsletter for updates and free offers.